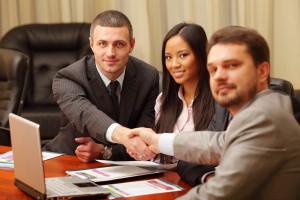 This article is a more detailed version of the article taht appeared in the October Issue of Fine Magazine.

There are, at least unless some proposed changes to the tax regime are pushed through for the financial year starting in April, significant tax and other financial advantages for relatively high earning single person businesses to run as a limited company. The benefits of protecting your personal property if the business fails and tax advantages may, however, be at risk if the directors of the company don’t fulfil their duties.

What is a Company?

It seems like a silly question but lawyers are often surprised by the failure of directors of even large-medium firms to understand the difference between them as individuals and the company. A company is not the director, it is a completely different Legal Person, imagine it as a separate actual person that the director controls the movements and actions of. The Directors are in charge, but have to act in the company’s best interests like the parent of a child, they are not the company which is why if the company goes bust the directors are protected if they have done their duties.

Directors have to follow the rules in the articles of association and act in the company’s best interests, using their skills experience and judgment making decision for the benefit of the company not themselves and need to tell other shareholders if they are going to benefit personally from a transaction the company is involved in. Directors also need to ensure that the company keeps proper records and compiles with legal requirements and files true and fair accounts. Most of these duties are fairly clear if the Directors understand that they are not actually the company but the duty of acting in the company’s best interests can sometimes present difficulties:

In Practical terms it would be a good idea for directors, even of same shareholder/ director companies to keep a record of the commercial benefit they see in every transaction the company undertakes and note that they have authority to take that action, in larger companies a meeting should take place where that benefit is discussed or recorded. If a company is getting the benefit of a guarantee provided by another related company it should probably check that the authority of the other company’s board has been properly given.

The general rule with contracts is that the contract is between the people who have signed it. A Limited company needs, however, somebody to sign for it as its agent, which is usually the company director. For the Director to be signing for the company, rather than themselves and risking liability for the contract, either:
1. The Contract needs to make clear that the person signing is a director of the company and clearly identify the company or
2. There should be clear evidence that both parties knew the signature was for the company.
It is self-evidently safer to have contract make the matter clear than have to argue what each party knew on the evidence.

In practice what this means is that:
1)

Distance and Online selling are both regulated and have specific requirements for traders and companies but a good basic overview is available at: https://www.gov.uk/online-and-distance-selling-for-businesses/overview